The real meaning behind the flat earth theory

Flat Earthers – a group of people who believe that the earth is flat.

I know. Ridiculous, right? In fact, if you google ‘Flat Earth Theory’ almost half of the results that pop up on the first page are websites that either deny or just outright make fun of the theory. Even Wikipedia describes flat earth societies as “organizations that promote the misconception that the earth is flat rather than a globe” 🌍

The whole theory that the earth may be flat, has been engraved into our brains as something so wildly absurd, that most of us have never even given it a second glance.

Why do Flat Earthers not believe that the earth is round?

Everything we know about the earth, the sun, the moon, space and all of its components comes from NASA. As most of you are aware, NASA has been involved in a few conspiracies – the most popular one being the moon landing hoax 🌕 The moon landing was arguably one of science’s biggest advancements and admitting that those tapes got ERASED? Something doesn’t add up. You’d think they’d guard the footage of their biggest accomplishment with their lives, right? 🤔 They said that even if we found the tapes, we don’t have the machines that can read them anymore. How is it possible that we have fossils from over a billion years ago, but don’t have the footage and technology from just a few decades ago? Until a few years ago people thought the moon landing hoax was rubbish, but with all of these inconsistent and illogical statements, more and more people are starting to doubt it 🤷‍♂️

Something you may not know, is that the image that we’ve seen of the earth is actually a composite image. We don’t have the technology to just take one photo of the whole earth from one point. In fact, International space station residents only see about 3% of the earth at once. So the image that we see today, is actually created after going around the earth quite a few times, and then combining all those images together. If you zoom in on these pictures, you can actually see there are quite a few clouds that are repeated ☁ 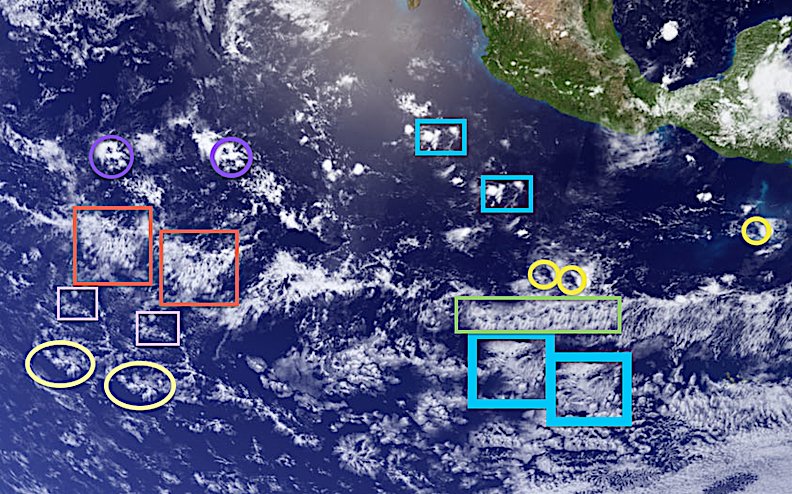 It is not possible for so many pairs of identical clouds to just have formed coincidentally at the same time 🤷 So does this mean NASA is just copy pasting clouds? In fact, Robert Simmon, the lead data visualizer at NASA, has admitted that the image of the earth is photoshopped. “There’s a small problem with it, because there’s a very slight gap in between each orbit. It is photoshopped, but it has to be”. All of this builds distrust with NASA 😕

Think of science. The basic foundation is, we come up with theories until someone comes up with proof for/against it. The big bang theory, for example, says that the universe as we know it started with a small singularity, then inflated over the next 13.8 billion years to the cosmos that we know today 🌍 We don’t have any actual proof for any of this of course, which is why it’s still a “theory”. Even Einstein’s theory of gravity is just a “theory” because it seems to make sense, and no one has found out anything to disprove it. So basically, the major element of science is just us believing made up facts that could be true, but with no real proof whatsoever. So why would we believe the earth to be round, just because science says so? 🤔

The next factor is religion. Take a look at what the bible says:

6 And God said, Let there be a firmament in the midst of the waters, and let it divide the waters from the waters.

8 And God called the firmament Heaven. And the evening and the morning were the second day.

Take a look at other instances where the bible talks about the four corners of the earth. How does something that’s round, have 4 corners?

12 And he shall set up an ensign for the nations, and shall assemble the outcasts of Israel, and gather together the dispersed of Judah from the four corners of the earth.

7 And after these things I saw four angels standing on the four corners of the earth, holding the four winds of the earth, that the wind should not blow on the earth, nor on the sea, nor on any tree.

What exactly is the Flat Earth Theory?

The theory says that the earth is flat and there is an ice wall around the circumference that protects us from whatever may be lying on the outside. Even the word planet, is plane with a t. The ice wall is believed to be, what we know as Antarctica ❄ The United Nations logo is a model of the flat earth. Observe how all the continents are spread out in the circle, and how there’s even a border (the leafy pattern) outside it? 🤯

In 1961, a treaty was signed by many of the major countries in power agreeing to not let anyone into Antarctica. The most you can do is go on small expeditions, but even then you have a bunch of people monitoring your every move 🧐 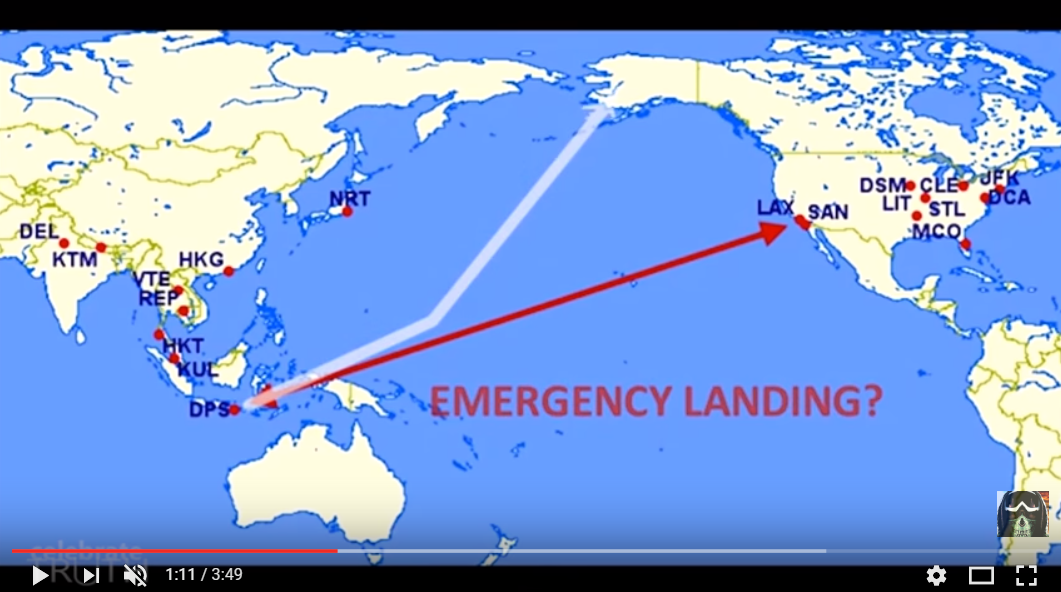 But observe the same path on a flat earth map. 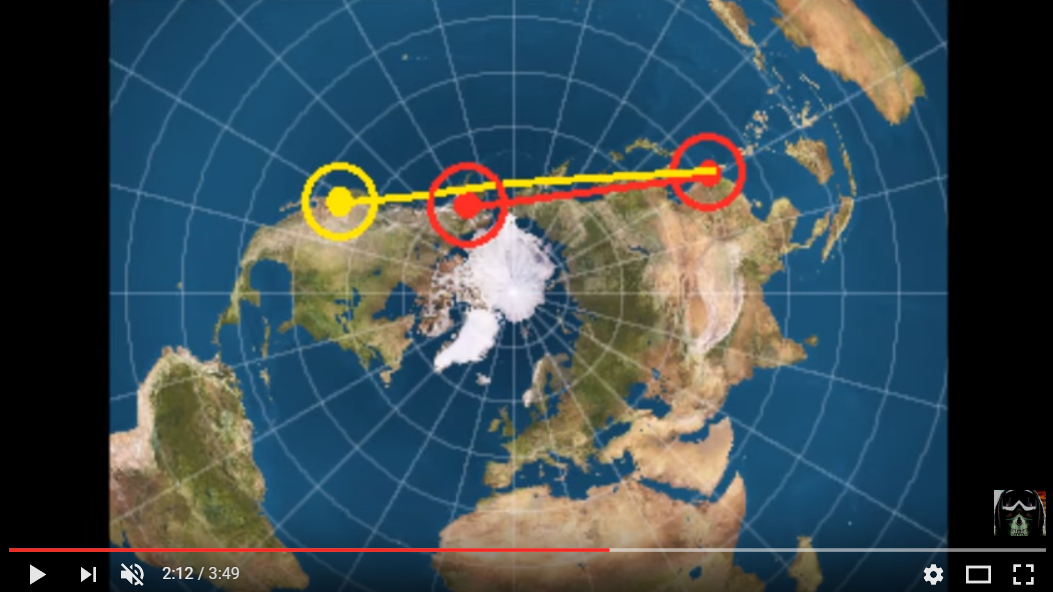 The yellow dot on the extreme left is Los Angeles and the red dot in the center is Alaska. According to this map, Alaska lies in the same direction that the flight was already flying in. THIS map makes sense with respect to the emergency landing. 😵

If the Earth is actually flat, and the government is taking all this effort to make sure people think it isn’t, there must be something they’re hiding right? Flat Earthers believe that it is to distract us from the truth 😐

Humans today are very material-minded. We’re driven by the greed for money, material possessions, food, sex, ego…it’s all very shallow and the motive is always to make us seem a certain way in front of other people 💰🍕🏎 Where ever you go, you’re bombarded with advertisements – whether it’s billboards on the street, printed ads in newspapers or even ads in between YouTube videos. You’re constantly shown newer, fancier, flashier things that always keep you in a state of ‘wanting more surface-level things’ 🤩

Even music plays a huge role in today’s society and people are tremendously affected by it. Music nowadays talks a lot about money, sex and alcohol. People are subconsciously adapting these into their lifestyles and having a quick drink is the norm now. It’s almost as if they’re trying to dumb people down by reverting their focus onto shallow things and dulling their brains with alcohol 🍻

But major drugs like marijuana and psychedelic drugs are portrayed as evil and bad, whereas it’s the common ones like alcohol and prescription drugs that are actually killing people. Mushrooms and weed are known to expand your mind, and people who take them often talk about entering a trance where their intelligence is heightened and they’re able to think more clearly 🤯

Think about it – we live in a world where our lives are entirely controlled. Home assistants control your house down to what time you wake up and what temperature your AC is set at, your phone (allegedly) listens to everything you say and records everything you do, targeted ads tell you what you should buy next. Companies even offer a service where the delivery man comes inside your house and puts your stuff in the fridge for you – i.e. indirectly stalking your groceries? 🤨 Sure, this received a lot of skepticism when announced, but it’s almost like they’re testing to see if people are ready for this yet. Google search histories being recorded was a huge controversy before, but now people are used to it and don’t care anymore. How much longer till strangers coming into your house is accepted too? 🤷‍♂️

But if the Earth is flat, with the dome above and it the heavens on top, we have a purpose. The Earth was created this way, it wasn’t from the big bang. According to this theory, the Earth, the skies, the sun, the moon – it was all created FOR YOU. They all exist for a reason, to sustain YOUR LIFE. If you believe that you are special and that your life has a purpose, it’s harder to control you. 😨

Anyone who believes that the Earth is flat, is immediately labeled crazy. Until a few years ago you could actually google flat earth theory and find really cool videos and articles that actually give you insight into this theory. But now, if you google it, it’s all content talking about how ridiculous the theory is and videos of people mocking it 🤔

It’s almost impossible to find content that talks about the real meaning of the theory. It is seeping into pop culture now – there’s a Netflix special on it called Behind the Curve and even YouTuber Logan Paul did a documentary on it.

Whatever the shape of the Earth may be, it does feel nicer to think that we’re here for a reason instead of just coincidentally happening to be here, don’t you think? 🤷‍♂️ If you’d like to watch a video where popular YouTuber Shane Dawson discusses the flat earth theory with his brother, skip to 26:50 in the video below:

What are your thoughts on the theory? Are there parts of it that you agree with? Let us know in the comments below!

5 ways to travel more even if you work full time

15 discount apps & websites to help you save money in UAE!

Thank you! It actually is Shane’s brother. He mentions “brother” in that video twice, plus I just googled it. Just search for “Jerid Yaw”! 🙂 – Zeba