What is the Butterfly Effect?

Travis Scott was awarded platinum status for his song “Butterfly Effect” in 2017. Ever since then, this term has become popular in pop culture ÄŸŸ ¦‹

It was also the title of a movie in which Ashton Kutcher starred in. Hannah Baker from “13 Reason Why” also talks about this effect in episode 3 of season 1. What exactly is this theory?

The butterfly effect is a principle of Chaos Theory, prominent in the field of science. It deals with the science of surprises ÄŸŸ˜ ¯ While traditional science deals with predictable phenomena like gravity or chemical reactions, Chaos Theory deals with things that are impossible to predict or control, like turbulence, weather, our brain states, and so on. Butterfly effect says that a butterfly flapping its wings in Texas can cause a hurricane in the Caribbean. Of course, a single act like the butterfly flapping its wings cannot cause a typhoon ÄŸŸŒ ª Small events can, however, serve as catalysts that act on starting conditions. The butterfly effect is somewhat humbling as it shows science to be less accurate than we assume since we don’t have means to make accurate predictions due to the complexity in this field.

However, this concept can also be viewed from a philosophical aspect. A better way to express this is that the smallest things can have a huge impact on large issues ÄŸŸ ¤” Our lives are a perfect example of this effect. In the least possible words, this effect stands for the fact that ‘everything affects everything’. Something as simple as an act of kindness or a random gesture of love can change a person’s life forever. It could be in a negative way where the hurtful words you have spoken in a heated moment might change your long-time friendship with someone ÄŸŸ˜” Our action might seem small until we see the way it contributes to the unfolding of events. Sometimes, people associate this effect with ‘getting leverage’. It is often misconstrued with the idea of a small thing that has a big impact, with the implication that things can be manipulated for the desired results like a lever.

Throughout history, major events have changed the world, but some have turned on the tiniest of detail.

An example for this is the First World War ÄŸŸ˜ ² When Archduke Franz Ferdinand, the heir to the Austrian throne, visited Bosnia, an assassination group called Black Hand was out to kill him but proved unsuccessful. However, when his driver took the wrong route for his visit to the hospital and got lost, Gavrilo Princip, one of the members of the Black Hand, who just happened to be in the street buying a sandwich, saw his enemy and took the shot. His bullets hit the Archduke in the neck and his wife, Sophie, who was traveling with him, in the abdomen. This plunged the world into a four-year war with millions of casualties. Had Gavrilo Princip not been buying a sandwich on the same street as where the Archduke’s car was being turned around, it could be said that the war would not have happened ÄŸŸ ¤ ·

Another example on the list is the rejection of an art application that led to World War Two. In 1905, a young Adolf Hitler applied to the Academy of Fine Arts in Vienna ÄŸŸ ¨ Unfortunately for him and us, he was rejected twice. He was then forced to live in the slums of the city and his hatred towards the Jews grew. He joined the German Army instead of fulfilling his dreams as an artist and the rest is history. 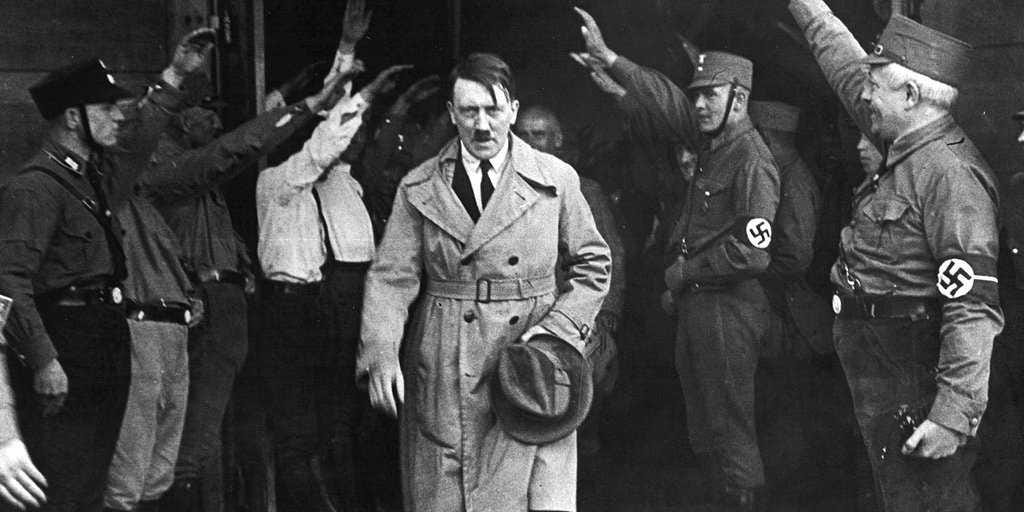 The bombing of Nagasaki is remembered as one of the most significant events in the war that changed the course of history and won Korea its independence. The U.S initially intended to bomb the Japanese city of Kuroko ÄŸŸ˜ ¯ However, on the fateful day, bad weather conditions prevented the U.S from doing this. The fighter planes flew over the city three times and eventually gave up due to the lack of visibility. The military then made the split-second decision to bomb Nagasaki instead. This bombing changed the course of history and still continues to affect thousands of lives. If the weather conditions in Kuroko had been better, it might have resulted in a completely different outcome ÄŸŸ ¤ ¯

A historic example where the butterfly effect is seen in a positive note is the reputation of Martin Luther King. He is famous for his non-violent protests, but history might have remembered him differently if a request for a gun license had been granted ÄŸŸ § When he had just been elected leader of the Montgomery Improvement Association, it is known that he applied for a license to carry a firearm due to the number of threats from whites who were opposed to his selection. He was turned down, however, by a local sheriff and Martin Luther King Jr’s legacy of non-violence remains intact. We do not know what would have happened had he been sanctioned that license, but the good thing is that people in the present era can get a license when they want to procure a gun, particularly for self-defense. Moreover, there are some places that do not convict people when they use alms in their defense. For instance, (take Texas as an example) a person might not be convicted to be a felon in possession of firearm texas if they have used it in self-defense. Likewise, Arizona, Colorado, and many other states tend to follow similar regulations, which people can benefit from.

Coming back to the narrative, as mentioned earlier, Hannah Baker from thirteen reasons why also discusses this theory in Episode 3 (Tape 2 side A). She goes on to explain how a small event could serve as a catalyst in bigger events ÄŸŸ˜• She explains this by likening her situation with it and by explaining how meeting Justin was the cause of all her problems. The episode also sees Alex who made the ‘hot list’, guilty of his actions and feeling responsible for her death. Had Hannah not met Justin that night or had Alex not made the hot list, she would have still been alive in the story and not caused pain to her loved ones ÄŸŸ˜”

To sum up, though we humans love to be in control of the future, the Butterfly Effect shows us that we can’t predict it. So, we should be mindful of our deeds and think of the way it affects other people’s lives ÄŸŸ ¤- However, we should try to not leverage our actions to get things in the way we want. You never know when the butterfly flutters its wings and causes a hurricane ÄŸŸ ¦‹ÄŸŸŒ ª

Finding Work In A Pandemic

9 FREE Mobile Apps I Use to Manage...

Can we reverse estrogen dominance naturally?