Are You Really Right-Brained or Left-Brained?

How would you describe yourself- Logical or intuitive? Analytical or creative? Have people told you that you’re right-brained or left-brained based on your interests and hobbies? Well, according to research, there may be more to it than meets the eye!

What is the Left Brain-Right Brain Theory?

Our brain is the command central of how we feel, think, and carry out pretty much anything and everything. Although it may look like a small pinkish-grey blob (which weighs only 2 per cent of our body weight by the way),  it uses up about 20 per cent of our total energy and is divided into the right and left hemispheres that are connected by nerve fibre bundles or the corpus callosum. 🧠

According to the ‘Right Brain – Left Brain Theory’, also known as Brain Lateralisation, one side of the brain dominates everyone. So that means all behaviour, personality, thoughts and feelings are affected by either the left side or the right side of the brain. Initially, when lateralisation was discovered, it was thought as occurring only in humans, making our minds a cut above the rest. Soon, this was found to be untrue, as lateralisation is a phenomenon that occurs in several species! 😯

Each hemisphere of the brain has a specific function. The left part, also known in pop psychology as the “digital” brain, handles language, mathematical equations, logic and is said to be the more attentive and organised hemisphere. 🤓 The right hemisphere or the “analogue” brain feeds imaginations, intuitions, and artistic abilities. 🖌 It is more haphazard in its way of thinking. According to this theory, if you’re “creative”, you’re right-brained, and if you’re “logical”, you’re left-brained. Each hemisphere takes care of activities that the other cannot, and both sides communicate through the nerve bundles in the middle. 🤝 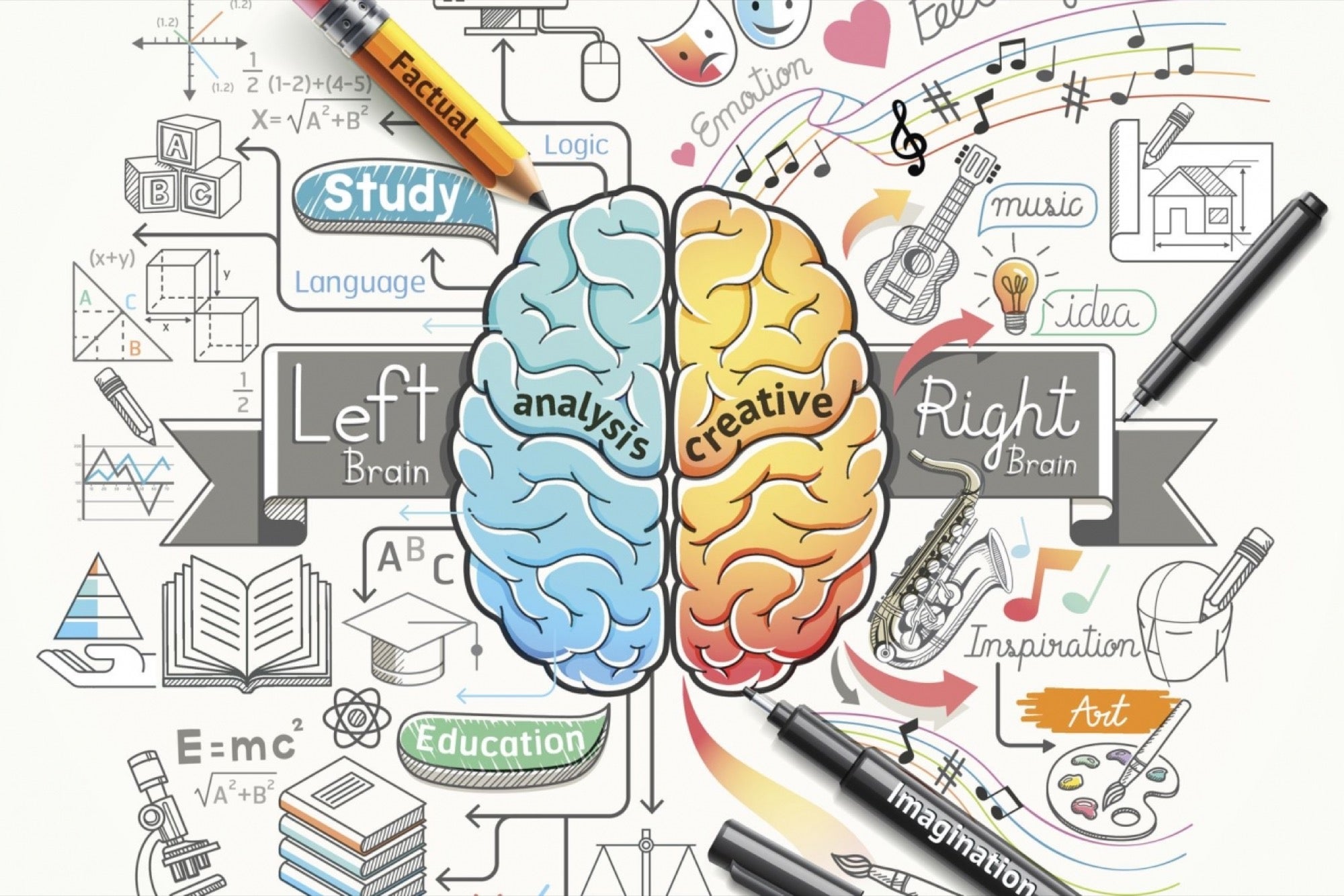 Has This Theory Always Been Around?

Now the use of this theory doesn’t simply extend to “new age gurus” telling you to get in touch with the different parts of your brain. In the 1940s, as a treatment for epilepsy (an imbalance of the brain’s electrical activity), the connecting tissue between the two hemispheres of the brain was severed. 🤯 Doctors and subsequent research found that people were able to function pretty well even after the procedure. They held onto their memories, learnt new skills, ran, walked, swam and for many, life was business as usual. However, something that stood out was that these people weren’t very successful at learning new things that needed them to use both sides of their brain, like learning to play the piano- an activity that requires a lot of hand-eye coordination. Sometimes recognising everyday objects and even speech became difficult because specific brain areas coordinate for these! 🤔

The drawback of this theory is that overlooks the responsibilities that both hemispheres share. For instance, an artist would depend on the right hemisphere to tap into their creativity, intuition, and emotion to create their works. However, art isn’t just throwing a lot of emotions or paint onto a canvas. You need rigorous mathematical thought as well. Similarly, gifted mathematicians don’t just use their numerical abilities, they also access their creativity to solve complex equations. 🧐

Finally, which one are you?

However, (purely for entertainment) click here to find out whether you’re more likely to be left-brained or right-brained! 🤭

So the bottom line is, whether you’re painting a beautiful work of art or effortlessly solving mathematical equations that seem impossible to the rest, both parts of your brain are always working in sync.  What you can do is train yourself, play to your strengths, and keep your brain sharp and creative. Challenge yourself consistently, be more open to the world, and keep learning; your brain’s capacities to tap into your creative and analytical potential are limitless! ✨

What happens to your CV after applying for a Job on LinkedIn?

9 Conditions Affecting How Prosperous a Country Can...

10 Tips To Feel Recharged In The Morning