It’s no secret that engagement rates today are nowhere near what they used to be. Facebook took a massive hit in its popularity, and Instagram was the next new thing – the gold mine for digital marketers. However, as of late, the Engagement Rate (ER) on Instagram has steadily been declining 📉

This is expected since the number of brands that have joined the platform has exponentially increased. When competition grows the number of people engaging with each brand decreases, right? But what is the extent of this decline? 🤔

The average ER has dropped by more than 50% in the last year.

Trust Insights, a marketing data and consulting firm, studied over 1.4 million Instagram posts from 3637 brands posted between January and mid-June to find out the total average ER. They defined ER as the total number of interactions on a post, divided by the account’s number of followers at the time of posting. 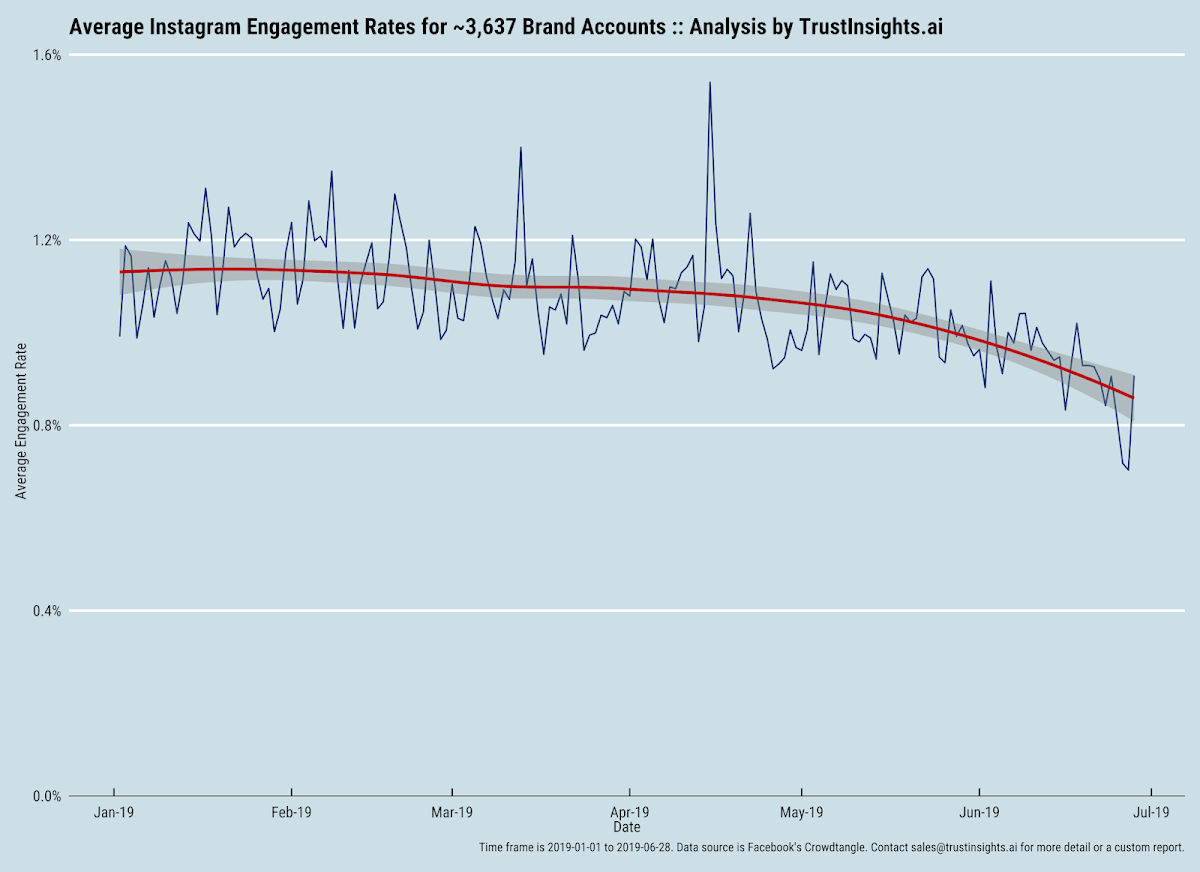 The maximum engagement in this six-month span for these brands was 1.54% in April and the lowest was around 0.8% in June. Even the number of interactions (which are mostly likes) has reduced by 18% since the start of this year 😰 As you can see from the graph there is a slight dip from January to April, but May onwards is when the slope becomes alarmingly steeper. Even more decline can be expected in the coming months since the number of brands hopping on Instagram is only increasing day by day.

The problem with lesser ER is that it results in lesser post visibility. And what happens when fewer people see your posts? Lesser ER.

Brands are not the only ones suffering. In fact, influencers may be taking the hit harder 😲 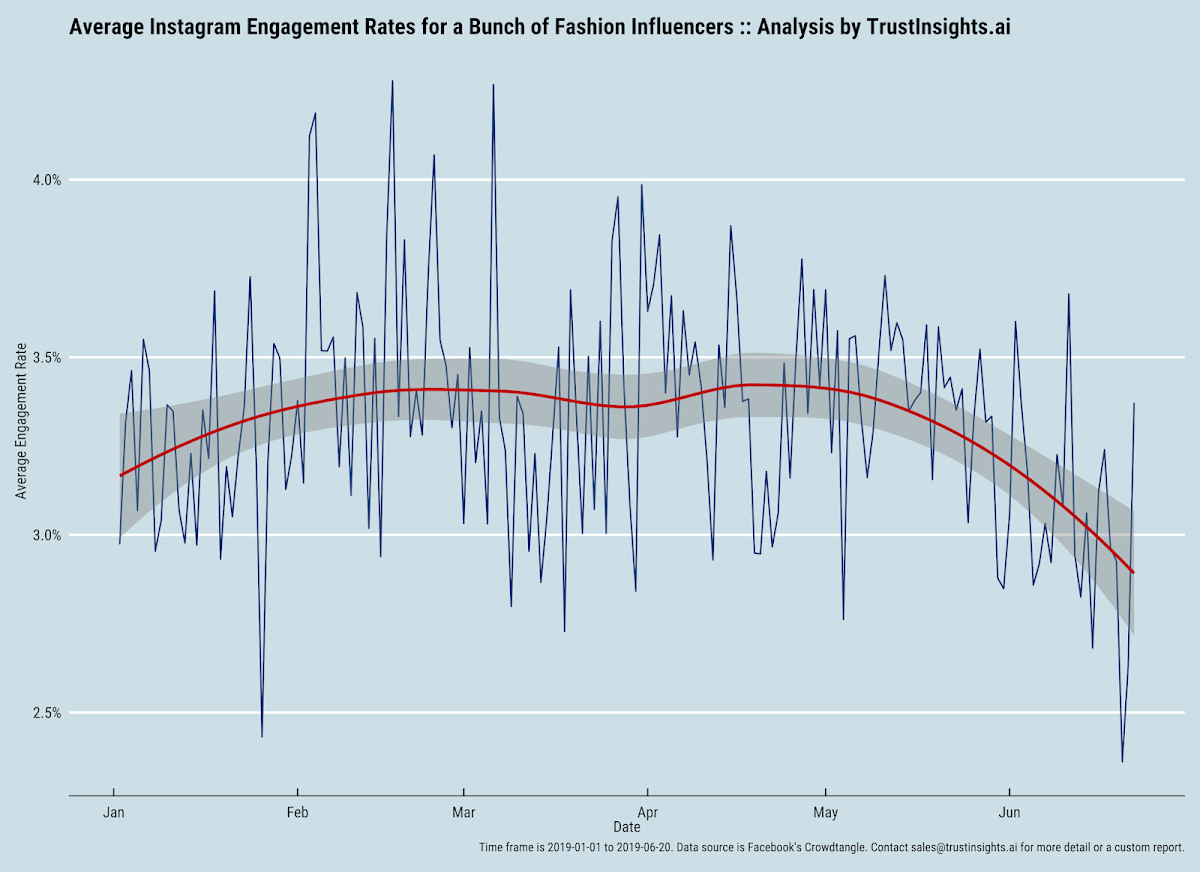 This trend is visible across all influencer industries, including beauty, fashion, food, lifestyle and fitness. They’ve even been seeing reduced reach. What does this mean for influencers (whose monthly incomes depend on the said ER and engagement, btw)? Yup, not good news 🤕

The study doesn’t mention why this decline is happening, noting that there haven’t been any major API changes. But the reason this is concerning is because we saw the same thing happen with Facebook. Brands were heavily marketing on Facebook and reaching new audience organically, until it kept declining and declining and declining and now you can barely reach anyone without putting some money behind your posts 💸 (like erm?!) Facebook justifies this by saying people want to see more content by their friends and family vs. branded content, but the fact remains that they’re enjoying the monetary side effects since brands have no option but to pay if they want to reach a large number of people. It is obvious that people use social media to keep up with the people they know, but 80% of Instagrammers also follow at least one business. Doesn’t that imply that they want to see branded content as well? 🤷‍♂️

Considering how Instagram keeps introducing new monetization features like being able to shop from the app, allowing brands to boost influencer posts as ads, promoting stories, etc. does it really seem that far-fetched to believe that they may be limiting visibility to push people to boost their posts? 🧐 It might also be worthwhile to remember that in 2016 at Facebook’s annual stockholder meeting, Mark Zuckerberg outlined the company’s monetization strategy as:

All that being said, what can you do to improve your engagement?

The secret to beauty: The position of your tongue

My Journey into STEM (how I got into...