8 Common health myths that we grew up believing – Debunked!

Most of us have heard carrots help better eyesight, we should consume eight glasses of water every day or believe that picking food off the ground is completely fine so long as it’s within 5 seconds. Nope, nope, and ew no! 🤢

There is so much information thrown at us at any given moment that it’s often hard to separate the worthwhile from the superfluous. Some of it we know to be true or false based on our own knowledge, cultural background or the trust we have in the source. But the rest of the info? 🤔 To help the cause we’ve rounded up and corrected some of the most popular health “facts”, in no particular order. It’s time to put an end to these misconceptions and debunk these myths that have passed down through the ages. Read on and thank us later. 😉

You read it right: Brown sugar isn’t more “natural” or healthier than its white counterpart. 😱 Its color comes from a common residual sticky syrup, called molasses- which contains some vitamins and minerals like potassium and magnesium (white contains none of these). But since these minerals are present only in minuscule amounts, there is no real health benefit to using brown over white sugar. 😯

In fact, brown sugar is mostly white sugar with some molasses— so refining it further would give you white table sugar. As far as your body is concerned, white and brown sugar are one-in-the-same. So shook rn. 😵

Carrots are rich in beta-carotene (a form of vitamin A called “retinal”) which is a key molecule involved in maintaining normal vision. 🥕 But unless you are deficient in vitamin A, beta-carotene (or carrots) won’t make your bad vision better.

The notion that carrots improve eyesight can be traced back to the British Royal Air Force during World War II when pilots were using radar for the first time to spot and shoot down enemy planes. ✈ According to a source at the Carrot Museum (yes, there is such a place), in order to conceal this new technology, a rumour was started that the pilots ate a lot of carrots, which allowed them to see better at night. The fabricated “fact” stuck and, to this day, we’re told to eat carrots to improve our vision. 👀

This is perhaps one of the most well-circulated pre-teen myths – and is surprisingly false. 😍
According to Dr. Shamban, Chocolate cannot be directly faulted for breakouts, but high sugar/high-fat foods can increase the body’s sebum production, which then creates inflammatory responses in the body — sometimes in the form of acne. 😳 Additionally, this myth is partly rooted in coincidence: many women’s craving and consumption of chocolate coincides with breakouts. To stay on the safe side, load up on fruits and vegetables, and when you need a chocolate fix, try to stick to dark over white or milk varieties. 🍫

The five-second-rule isn’t a real thing. Bacteria can contaminate food within milliseconds. 🤢 Mythbusting tests show that moist foods attract more bacteria than dry foods, but there’s no “safe duration.” Instead, safety depends on how clean the surface you dropped the food on is. 😨

Whether you eat it or not after that is up to you, but if the people that walk on that floor are also walking around the streets of Dubai, we wouldn’t recommend it. 🙅

5. MYTH: It takes 7 years for gum to digest if you swallow it

False. Albeit gum is mostly indigestible, the occasional swallowed piece will pass through your intestines and exit the other side, just like anything else you eat that your body doesn’t need and can’t digest. 💩 The only cases where swallowed gum has caused a problem is when that gum is swallowed along with other things that shouldn’t be in your stomach.

For instance, Scientific American cites a case where a 4-year-old girl suffered a gastrointestinal blockage— from a wad of gum with four coins inside of it. 😰

6. MYTH: Chinese food with MSG will make you sick 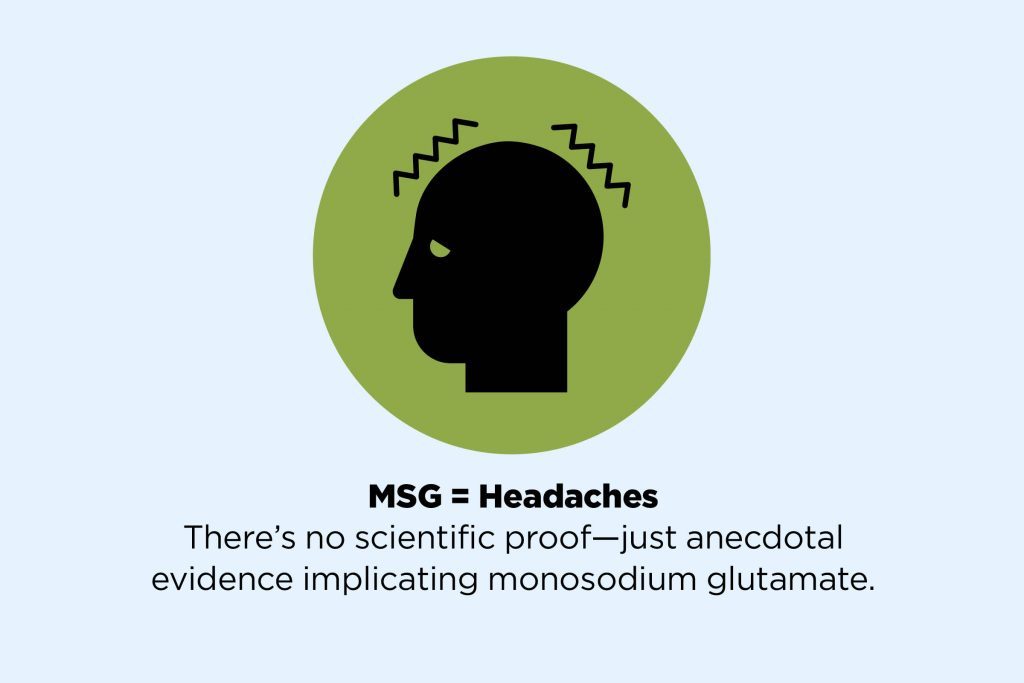 Over the years, we have seen reports linking MSG to headaches and nausea after a meal of Chinese food and hence the infamous name- ‘Chinese Restaurant Syndrome’. MSG is used as a flavouring component in Chinese foods to bring out savory, umami flavors to a dish and is found naturally occurring in tomatoes, parmesan cheese, walnuts, mushrooms, meat, and asparagus. 🍅🧀

The Federation of American Societies for Experimental Biology (FASEB) examined the safety of MSG in the 1990s. They concluded that MSG is safe; but identified some short-term mild symptoms, such as a headache, numbness, flushing, tingling, and drowsiness that may occur in some sensitive individuals who consume 3 grams or more of MSG without food (which is unlikely). 😯

Some say that ice cream, cheese and above all, milk, should be avoided. Reason being that dairy products tend to increase the production of mucus. But is this is really true? 🤔

Drinking milk may make phlegm thicker and more irritating to the throat than it would normally be, but it doesn’t cause the body to make more phlegm. 🤷 In fact, Dr. Steckelberg recommends that cold sufferers drink or eat dairy products such as cream-based soups, ice cream, pudding, or milk, as they are soothing on sore throats and provide calories they otherwise might not eat while they’re feeling so lousy. 🤒

8. MYTH: Everyone should drink eight glasses of water a day.

Undoubtedly hydration is very important, but the idea that eight glasses of water is essential is a strange one. In healthy people, researchers have not found any connection between fluid intake and kidney disease, heart disease, sodium levels, or skin quality. 😨

But water is a calorie-free alternative to other beverages (especially sugary ones like soda or sports drinks 🥤), and people who drink water instead of those beverages consume fewer calories overall. A good rule is to drink when you’re thirsty — you don’t need to count the glasses. The human body is tuned and designed to signal you to drink water long before you are dehydrated. 👍

The next time you hear someone tell you familiar myths, feel free to sound smart and debunk it while keeping in mind the facts. Let us know in the comments section below of any other health myths you would like debunked! 🤩

Written and Researched by Angela D’Costa

Halal vs Vegan makeup brands – Here’s what you need to know!

Have You Got A Handle On Your Health?

Staying in #MyDubai on a budget 101

5 Myths and Facts About Grieving: Will It...

It’s clear that the author is a data geek. I like
how he writes and organizes facts. It’s always such a joy to read articles made by
actual professionals. I am fed up with all that no-name, ghostwritten articles.
That’s the reason it was so nice to take a look at a compelling piece.
I see the author has ground knowledge it the subject as well as some practical experience.

This kind of information is always more precious than copypasted blog posts ideas.