Feel naïve when it comes to catching a lie? Think maybe you DO look fat in that dress?

Start by asking someone casual questions, such as about their plans for the weekend or even the weather. When they respond, observe their body language as well as their eye movement 👀 In order to spot their lies, you have to first establish how they behave when they’re telling the truth. Do they usually glance back and forth or look you straight in the eye? Do they fidget or standstill? Ask enough questions to observe consistencies in their mannerisms.

Once you’ve established the baseline of their behavior, slowly start moving into the concerned subject. Everyone gives subconscious clues while telling a lie. This could be a change in body language, facial expressions, eye movement and even in the way they speak 🗣 However, this give-away is unique for all people and may not be the same, which is why it is necessary to first observe their normal behavior.

Liars often tend to avoid eye contact. However, if you attempt to make eye contact with them, they may respond by staring back without blinking or blinking too much. This is simply another attempt to make themselves feel more reliable to the other individual 😳

4. Pay attention to the breathing

Except in the case of exceptional liars, people often tend to breathe heavily while lying, as they increasingly get nervous and their heart rate rises. Watch out for any unusuality in the individual’s breathing pattern, as well as if they repeatedly let out heavy sighs 👃

Liars tend to speak more to compensate for their lies, in order to sound honest and win over their audience with the help of reasoning 🤔 They may also use more complex sentences to hide the truth. Liars may also give away certain other signs, such as speaking faster or louder, repetitive coughing or clearing of the throat, or cracking of the voice. Though this cannot confirm that someone is lying to you, these signs are usually an indication of stress 😰

People who are lying often attempt to make themselves feel invisible, as they prefer not to have the spotlight on their lies 😯 This often shows through their body language. For example, a person who is lying may pull their body and their hips inwards or hide their hands to prevent giving away any signs. Also watch out for any motions the person makes with his/her face. People who are lying tend to touch their face, stroke or scratch their head, rub their nose and/or cover their mouths or repeatedly touch their lips more often than the average person 🙊 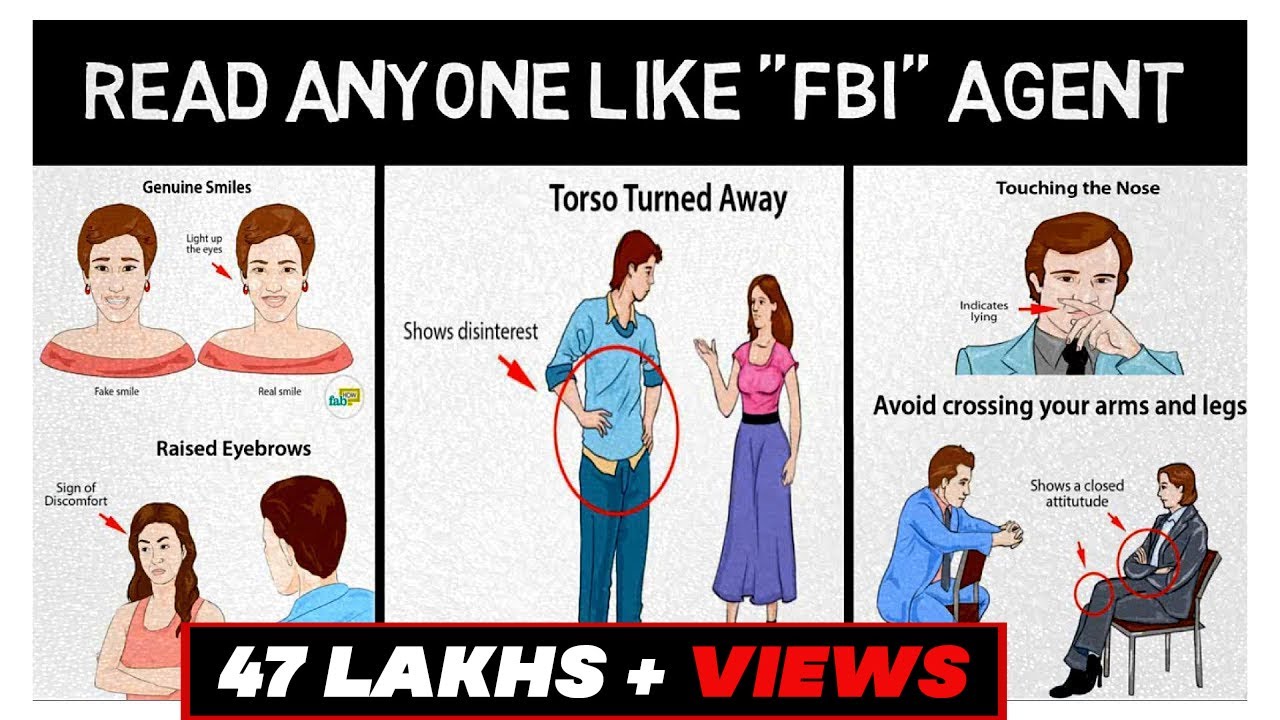 7. Listen to their voice

Liars often give away the truth through their voice 🤥 When lying or trying to defend a lie, people tend to speak faster, or even at a high pitch, though the opposite too is possible. In an attempt to cover these obvious signs, some people make an extra effort to ensure that they aren’t speaking unusually. This often results in a slower, deep pitch than usual.

8. Pay attention to how they say “No”

The way someone says “no” is usually a strong indication of whether someone is trying to deceive or mislead you. A person may be lying to you if they look in a different direction or close their eyes while saying no. They may also be lying if they say no after hesitating, or say it in a sing-song manner 🙅

People who are lying tend to psychologically distance themselves from the lie they’re making up. As the conversation progresses, you’re more likely to hear fewer me’s and I’s. It may also be a sign if they repeatedly try to shift the focus away from themselves, and on to you instead 🧐

If a person is genuinely smiling, the skin below their eyes will bunch and wrinkle. But when it’s a fake, forced smile to make you believe something, it doesn’t affect their eyes.

No one likes being lied to. However, it is important to realize that sometimes people may lie to avoid embarrassment, or if the issue is a personal or sensitive topic for them. Remember to be respectful of people’s privacy if they seem like they’re uncomfortable with talking about something 🤷‍♂️

…but also, don’t let anyone mess with you.

Written and Researched by Najah Bashir

How to make money by betting on losing...

How to Get Good at Scrabble

What does your favourite donut say about you?