The Truth Behind Childhood Fairytales

We all know the endings to our favorite fairy tales- like the simple tale of how Cinderella marries her prince charming and has her happily ever after. As picture-perfect as this sounds, it’s all just a watered-down false version of the original tale!

The true endings for these beloved stories are much more gruesome. So buckle up and be ready to ruin your childhood! 🏃‍♀️ 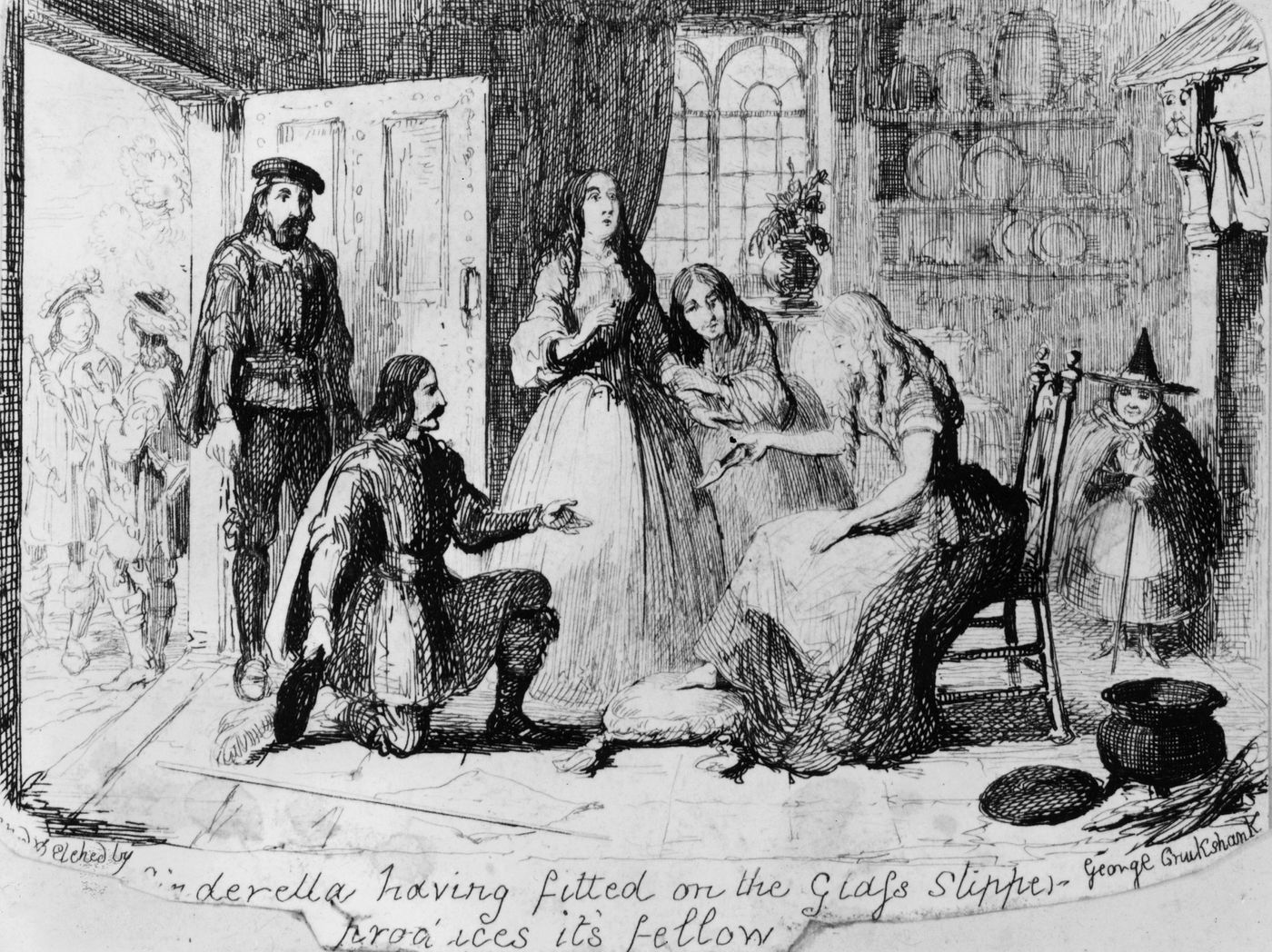 The original version titled, ‘The Cat Cinderella’ was written by the Italian writer Giambattista Basile. Upon reading this story, we come to find out that Cinderella isn’t as innocent as we think she is. 🤔 Before the well-known evil stepmother came into the picture, there was another stepmother who had married cinderella’s widowed father. The governess (an educator) in charge of cinderella convinced her to kill the stepmother, which she did by snapping her neck with the lid of a dressing trunk! 😳 Once the stepmother was out of the picture, the governess then proceeded to wed cinderella’s father hence becoming our well-known evil stepmother, banishing Cinderella to kitchens (karma maybe?).

The rest of the tale proceeds in the same fashion with a grand feast, a dashing king, and a lost slipper (though this was made of fur and not glass). In other versions of the tale, the stepmother has her stepdaughters chop their toes in order to fit the shoe the prince brings to find his true love. Gory indeed. 🤮 In the older version of the tale, Snow White truly lead a pathetic life. Although Disney did not shy away from showing her mistreatment, a few more grisly details from the original by Brothers’ Grimm were avoided. One of the major changes was that the Evil Queen was not Snow White’s stepmother, but her biological one. This fact alone makes the entire story so much worse. 😟

The Evil Queen ordered the huntsman to kill Snow White and bring back her lungs and liver as proof and so that she could cook it with salt and eat it. The huntsman, unable to do this spares Snow White’s life and instead kills a young boar and serves its lungs and liver to the queen, and she eats it. The fact that she thought it was her own daughter’s remains did not bother her and she engaged in cannibalism quite gleefully. 😓 At the end of the tale when Snow White gets married to the prince, her evil mother comes, and Snow White, upon seeing her, proceeds to reveal all her evil deeds. She then ordered for a pair of iron shoes to be put into a fire until it glowed, and proceeded to make the evil queen wear them and dance in them until she died. Revenge is a dish best served with pain? 🤷 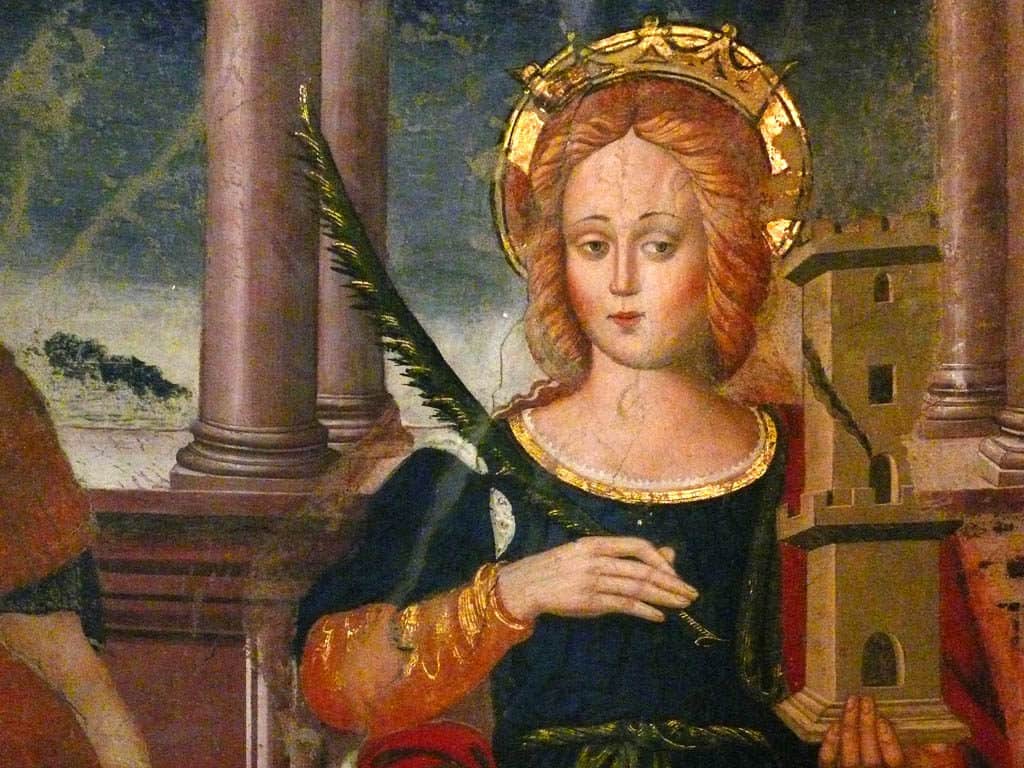 The origins of Rapunzel is somewhat deep-rooted in reality. A young beautiful woman named Barbara was adored by her father to the point that he locked her up in a tower so that she would meet no suitors. 👩❌👨 In her isolation, she found her faith in God and would pray continuously. Upon hearing this her pagan father was not in the least bit pleased. He dragged her to a court and had her beheaded, only to be struck by lightning soon after her death. The young girl was then given the title of a saint and is currently now known as Saint Barbara. Yikes! 😧 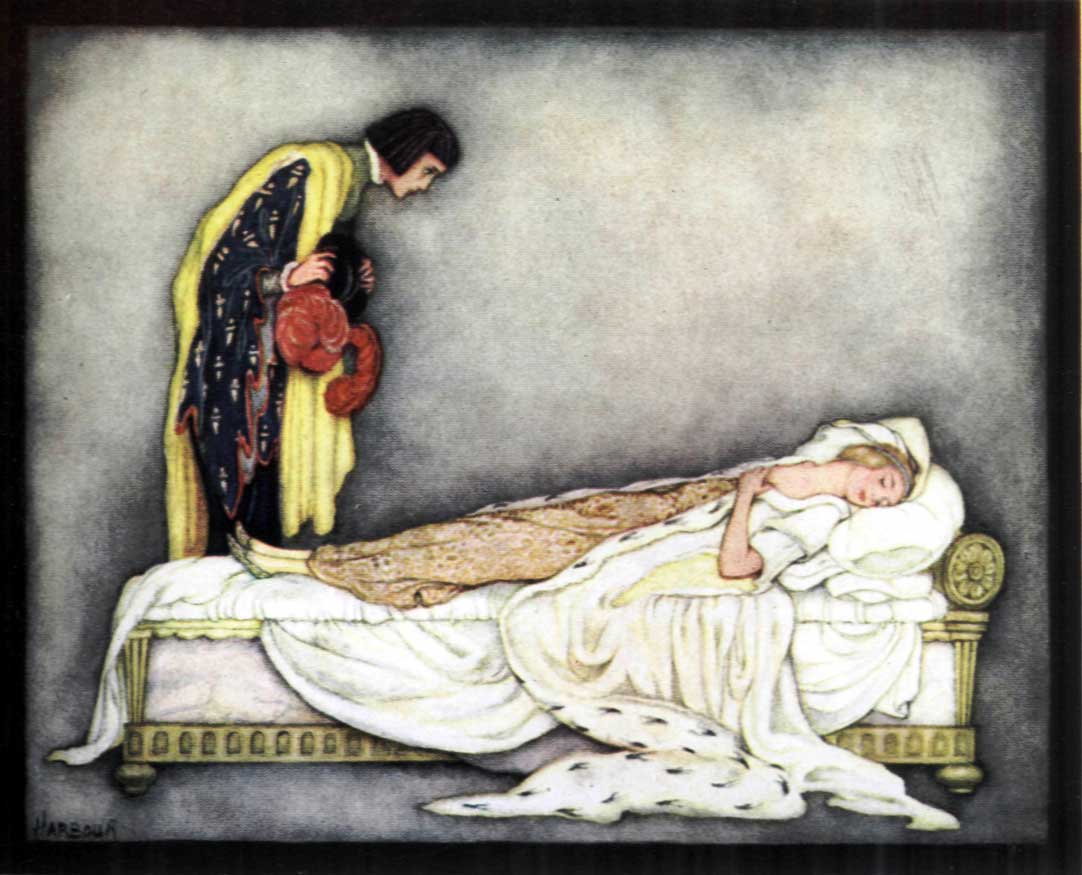 This one is just horrible. Also written by Basile alongside Cinderella, the title of this tale is called ‘Sun, Moon, and Talia’. The first half of the story goes mostly as how the Disney version is- with the curse, the splinter, and finally the eternal sleep. But from this point on, everything takes a turn for the worst. 😥

Instead of a prince, a married King from a nearby kingdom happens to come upon Talia’s (Sleeping Beauty’s) castle and he’s so enamored by her beauty that he rapes and impregnates the sleeping princess. Deep in her slumber unbeknownst to her, she gives birth to twins, Sun and Moon. In the search for milk, one of the twins accidentally sucks the finger with the splinter on it and the splinter falls off, waking Talia up from her slumber. 🛌 The King returns and is happy to see an awoken Talia and two children of his own. Don’t forget this dude is married, so the queen eventually finds out about her husband’s infidelity and in a fit of rage orders the chef to kill the twins, cook them, and feed them to the King. 😨 The cook instead spares the children’s lives and cooks a young goat instead, and serves it to the King.

In another one of the Queen’s schemes, she attempts to throw Talia into a burning fire, only to be stopped by the King and be thrown into the fire instead. Talia then marries the King and they all live happily ever after. A spine-chilling end to a sad tale. ☠️

Written by Danish writer Hans Christian, the classic story of how true love prevails over all else is a far cry from his dire tale. Far from being loving beautiful beings, mermaids are introduced as soulless creatures who are destined to turn into sea foam once they died, much different from their human counterparts who are destined to a beautiful afterlife. 🧜

Faced with this grim reality, Ariel wished for nothing more than to have a human soul. Her grandmother, however, explained to her that the only way to do so would be to find a man who loved her more than anything. Although should the man not love her- she would die. Ariel does not give up, and once she spots a handsome dark-haired Prince on the shore (cue Prince Eric) she decides to finally commit, leading us to her visit to the Sea Witch, Ursula. The Sea Witch agrees to help her though Ariel would have to suffer the pain of a sword piercing through her with every step she took. As payment, the Sea Witch cut off her tongue and the deal was then complete. 😣

Of course, Ariel finds her happy ending right? Well…no. The prince did love her, but not more than anything, and marries another woman instead. To avoid her end Ariel has to kill the prince, but because she could not bring herself to do so, it results in her sadly ending her life. 😭 As she dissolved into sea foam, she was given a chance to gain a soul. Her spirit would remain on Earth and if she carried out good deeds for 300 years she would gain a soul and go to heaven. At the end of the tale, she ultimately did earn a soul, though not through love but by her own actions. 🥺

These tales did make up our childhood, but alas the truth is indeed a bitter pill to swallow. 😓

The General Motors Diet: Can You Lose Fat in Just Seven Days?

6 Tricks I use to fall asleep faster...